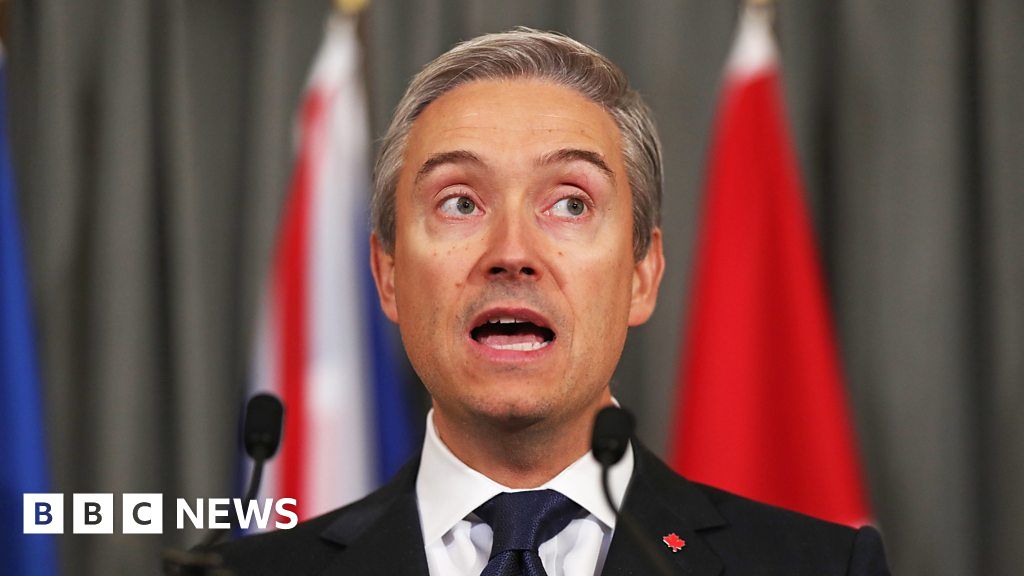 Canada’s Minister of Foreign Affairs Francois-Philippe Champagne has called on Iran to take full responsibility after it shot down a passenger plane last week.

He said he was speaking on behalf of the 176 victims from five countries, whose foreign ministers met in London on Thursday.

Canada, Britain, Ukraine, Sweden and Afghanistan have formed a new group to co-ordinate their response as the Iranian-led investigation unfolds.

Iran has said the plane was brought down by a missile fired in error.

The Ukraine International Airlines Boeing 737-800, travelling to the Ukrainian capital Kyiv and carrying many passengers on their way to Canada, was downed amid escalating tensions between Iran and the US. There were no survivors.

Hours before, Iranian missiles had targeted two airbases in Iraq housing US forces.