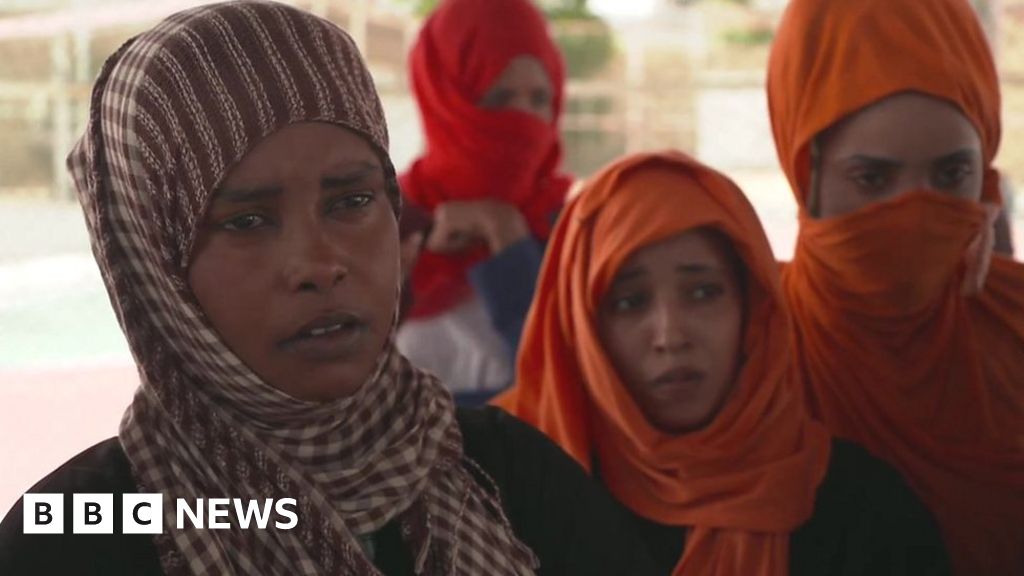 Survivors of a deadly air strike on a migrant detention centre in Tripoli in July have told the BBC they feel abandoned by the United Nations, and are desperate to escape Libya.

Fifty-three migrants and refugees were killed in the air strike which was blamed on rebel forces trying to get control of the capital. There was widespread international condemnation of the air strike, which the United Nations said may have been a war crime.

Since the fighting began on the outskirts of Tripoli more than six months ago, the World Health Organisation says that at least 1,000 people have been killed, including around 100 civilians, and 120,000 displaced.

Survivors of the air strike remain trapped in a city under attack, where they have been speaking exclusively to our international correspondent Orla Guerin.

Filmed by Robert Magee and produced by Ahmed Edroughi